Krzysztof Penderecki was born in Debica, Poland in 1933 and he studied composition at the Conservatory of Music Society in Krakow, today’s Academy of Music Krakow. In the Warsaw Autumn International Festival of Contemporary Music from 1956 to 1958 he had contact with works of Schoenberg, Berg, Webern, Stravinsky, Bartok, Hindemith, Stockhausen, Boulez, Berio, Nono, Dallapicola, Carter, and Cage. In 1957 he worked at the Polish Radio Experimental Music Studio and made experiments on extended techniques for strings, clusters and noises in acoustical pieces.

In 1959 he won the first, second and third prizes of the second Competition of Young Composers of the Polish Composer’s Union with the compositions Strophes, Emanations and Psalms of David submitted under different pseudonyms and in 1960 he finished  Threnody for the Victims of Hiroshima, started in 1958 and originally called 8’37”.

“The piece existed only in my imagination, in a somewhat abstract way. When Jan Krenz recorded it and I could listen to an actual performance; I was struck with the emotional charge of the work. I thought it would be a waste to condemn it to such anonymity, to those “digits”. I searched for associations and, in the end, I decided to dedicate it to the Hiroshima victims.” (Tomaszewski, 1998)

The piece is an example of “sonorism”, therm invented by Józef Chominski, “Sonoristic regulation consists in an exploration of the pure sound values of the sound material” (As cited in Mirka, 1997, 7), and it was restricted exclusively to Polish music of the early 1960s. The concept of sound matter taken in its totality — en “masse”, so the therm “Soundmass”and the sound value became the primary factor in place of melody, harmony, rhythm or metter.

The more important elements of the sonorism are the texture of sound masses and timbres, and the sound shape is divided in length and width by lines (long duration sounds that can be constant or variable), stripes (clusters) and points ( pizza., col legion battuto).

The formal structure of the piece is divided in three parts

From measure 3 to 5 – alternation between slow and molto vibrato

From measure 6 to 9 – alternation between different events 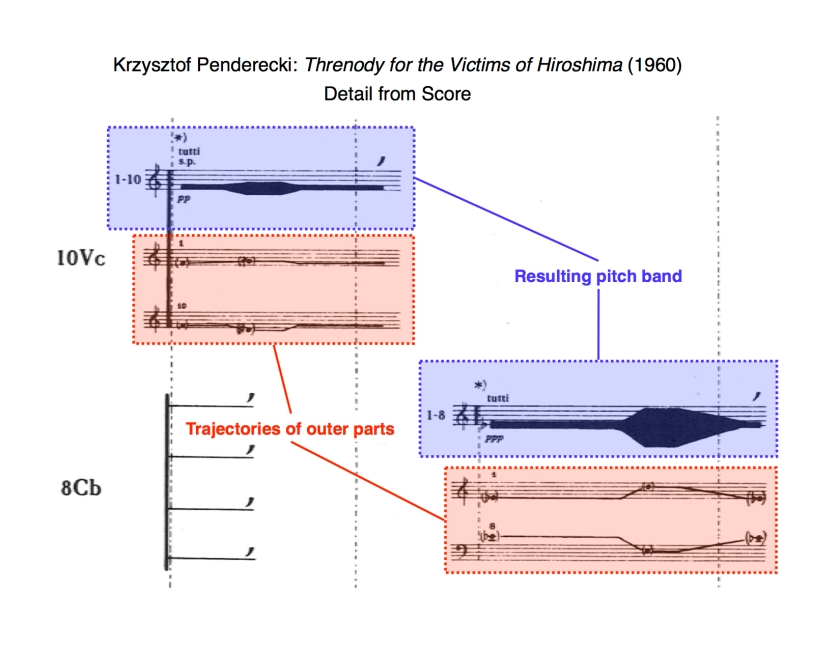 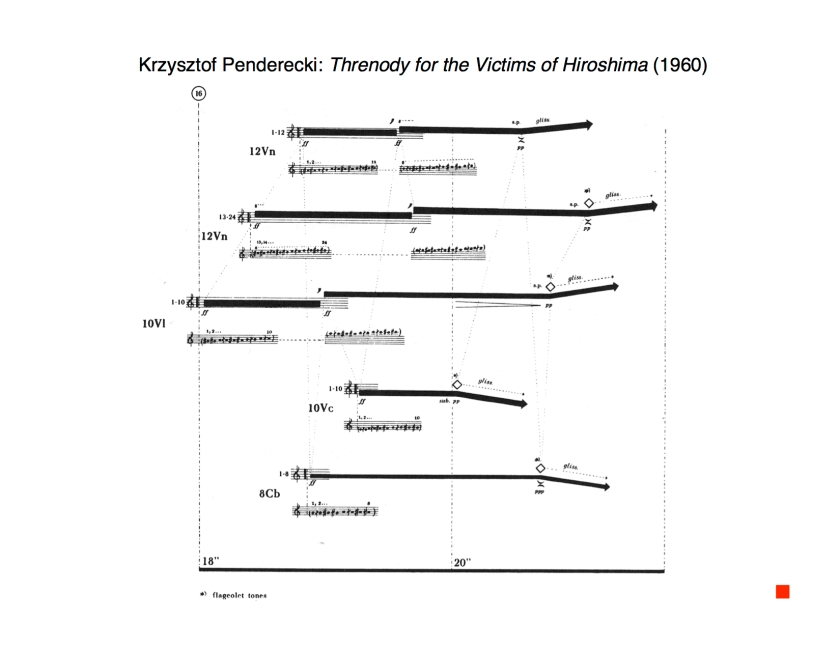 On measure 18 the solo notes are expanded in imitation, creating clusters

The sound resulting of the second session from measure 26 to 63-64 is very similar to initial textures. The orchestra is divided in three parts like in a strict canon between three different orchestras. 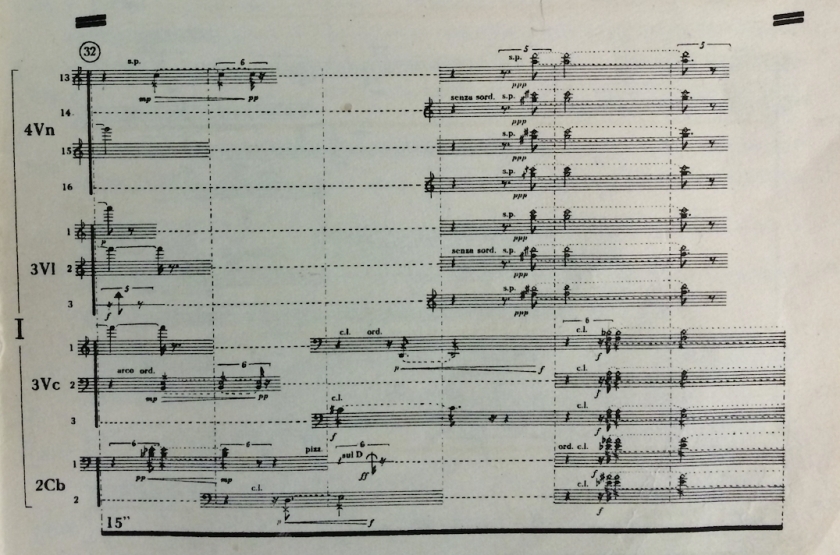 In this section Penderecki utilizes the following techniques

The third section from measure 62 to 70 return to initial textures, starting with first violins cluster and cellos imitative movement 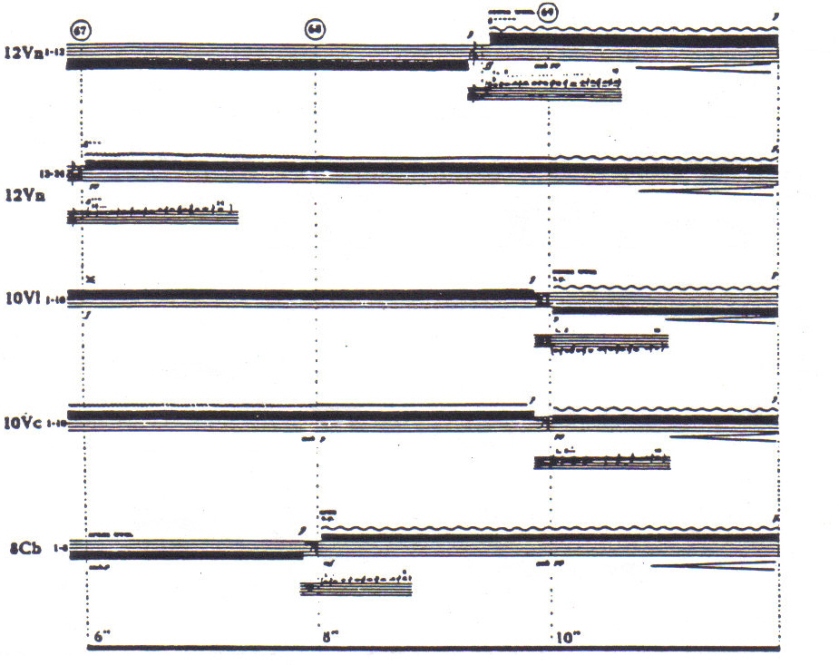 The climax of the piece at the end is a 30 seconds cluster in fff, gradually decrescendo until ppp and remembering the beginning of the piece